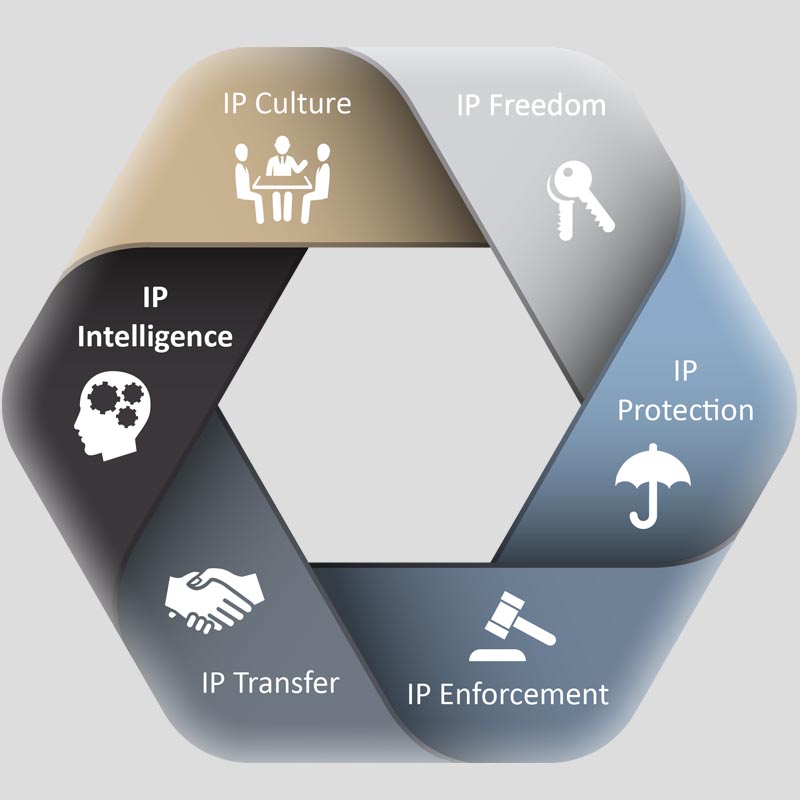 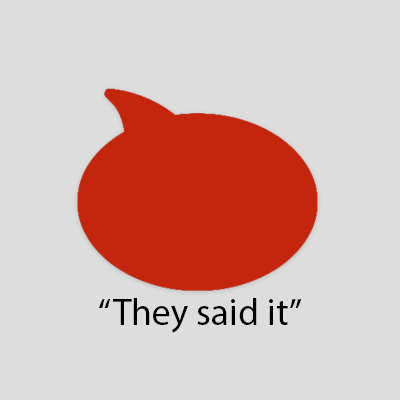 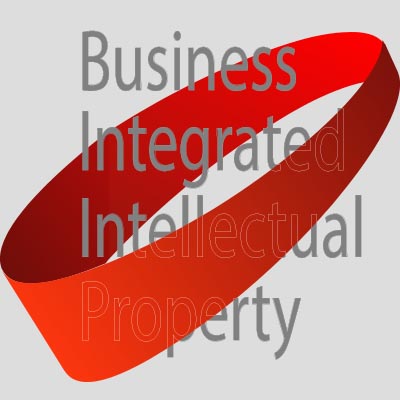 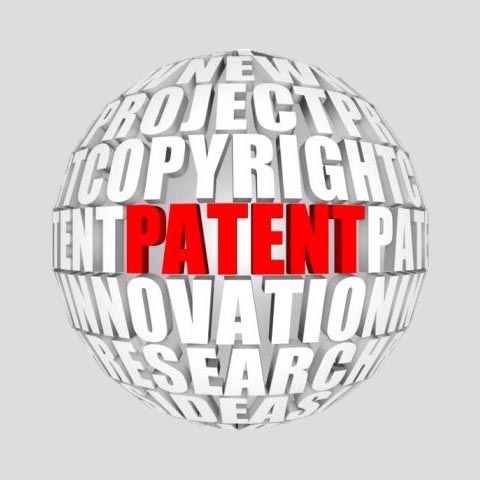 NEWS
NASA patented a faster, cheaper route to the moon.

The moon is both seductively close to Earth and cosmically far away: Decades after the end of the space race, it remains extraordinarily expensive and difficult to actually get there. The journey just got a bit easier, however, thanks to a freshly published NASA invention. The agency's patent doesn't cover a new piece of equipment or lines of code, but a trajectory — a route designed to save a lunar-bound mission time, fuel, and money and boost its scientific value.

On June 30, the US Patent and Trademark Office granted and published NASA's patent for a series of orbital maneuvers, which Business Insider first learned about via a tweet by a lawyer named Jeff Steck. (read more at Business Insider)

Microsoft Patents a Keyboard That Displays Four Languages at Once

Microsoft's patent is for a keyboard with a small prism under each key. This prism has enough sides to reflect four different beams of light onto the key above it.

To display a character, the keyboard shines light in the shape of the character onto a prism. The beam reflects off of the prism onto the underside of a key, which then displays the character.

However, because these key markings are just beams of light, they can be changed on the fly. This gives them an advantage over keyboards with printed or etched keys, which stay that way for life.

The new patent made public this week reveals an idea for a drone-powered towing system designed for skiers, surfers, skaters, and more. 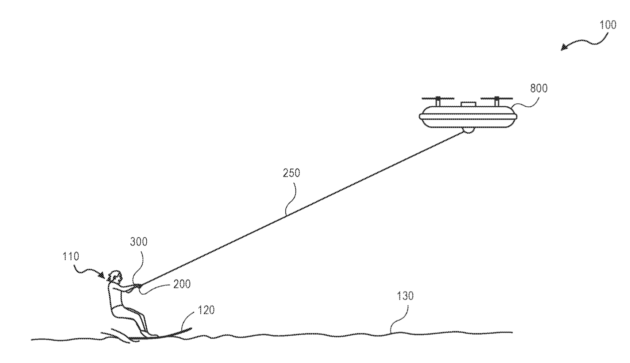 Amazon’s idea is focused on the interactions between the automated drone system and the user. It includes features that would allow a user to summon the drone to their location. The drone would also be able to detect and avoid obstacles in the travel path of a user and/or tow line. “For example, when a user is snow skiing in a mountainous area, a designated travel area may be determined that avoids cliffs or other dangerous areas,” the filing notes. The drone could even lift a user in the air.

New Microsoft patent hints at a topic-based summarizer for meetings

A new Microsoft patent reveals details about a topic-based summarizer for meetings and presentations. The summarizer would be helpful for people who were unable to attend the meeting or for users to refresh on what occurred during the meeting – without the effort of watching the entire recording.

Targeted towards video conferencing, the system will generate a summary of a session among the users based on the determined relative importance of each statement made during the session to other statements made using hierarchical agglomerative clustering, a bottom-up approach of cluster analysis.

A coalition of four technology companies - Apple Inc, Google LLC, Cisco Systems Inc, and Intel - have sued the U.S. Patent and Trademark Office over a rule change that allows the agency to decline to review patents that are also being litigated in federal court.

The four companies sued the PTO on Wednesday, alleging it violated administrative law by adopting a policy known as the “NHK-Fintiv rule,” which allows the agency to decline to review patents through proceedings known as inter partes review (IPR).

The United States and China find themselves in fierce competition to see which country will dominate the AI landscape and control future implementations of this emerging technology. One of the most hard fought areas in the struggle is the race to develop AI-accelerated hardware and acquire patents to protect innovations here. The current goliath from the U.S. is Nvidia, the market leader in graphic processing unit (GPU) hardware that has been used for increasing the speed of AI applications. In the past three years, however, a Chinese contender named Cambricon Technologies has become the poster child for the Chinese effort to lead in this area. From a patent innovation perspective Cambricon is dominating this battle, with more than four times as many patent inventions as Nvidia.

Apple’s patents give strong clues as to what the company is going to reveal next. So, the AirPods (or AirPods Pro) patent that has just been published may tell us what Apple has planned for users of its popular in-ear headphones. And it comes in the same week as rumors of a new virtual exercise service from the company.

... the patent goes much further than just warning you when you’re cycling. It could also be used for other situations, when you’re not on a bike. Then it could be used to spot when a wearer is leaning to the right and respond with a message saying, “You can improve your posture by changing your stance!”

That’s where the new Apple device comes in. The patent gives the example of a workout mat which would be used as a sensing device with pressure-sensitivity or, as the patent calls it, “a set of capacitive force-sensing nodes.” These would “detect a location of a person standing on the sensing device” and could detect the user’s weight distribution.

The patent reveals that one purpose for such a workout mode would be for yoga. “The user may be in a yoga pose but her positioning may be slightly off or otherwise suboptimal for the pose.” In this case, you might hear a message in your ear encouraging you to improve your Downward Dog or Tree Pose!

The vaccine, a recombinant adenovirus vaccine named Ad5-nCoV, is co-developed by Chinese biopharmaceutical firm CanSino Biologics Inc., one of the vaccine candidate's co-developers, and a team led by Chinese military infectious disease expert Chen Wei. According to a document published on the website of China's National Intellectual Property Administration, the vaccine can start mass production in a short time period in case of an outbreak.

The grant of the patent further confirmed the vaccine's efficacy and safety, and convincingly demonstrated the ownership of its intellectual property rights (IPR), CanSino said in a statement on Sunday. Tao Lina, a Shanghai-based vaccine expert, believed that the patent grant would probably facilitate the marketing process. An officially granted patent would also enhance the confidence in Chinese-developed COVID-19 vaccines by the market, especially the international market, added Tao. (Read more at CGTN)

Developments in artificial intelligence (AI) and machine learning (ML) are playing an increasingly influential role in the biotech space, driving the formation of new partnerships between the tech and healthcare industries. While big pharma is increasingly seeking collaborations with AI startups, major tech players such as Google, IBM and Microsoft are taking steps into the biotech space. A 2019 survey of pharmaceutical and biotech professionals by ICON found that 80% of respondents were using, or planning to use, AI technologies. …resolving the issues around copyright protection will be relevant for the protection of source code. However, AI is increasingly becoming capable of generating patentable output with diminishing human supervision. Here, inventorship is generally understood to reside with the person who developed the AI, which is seen as a ‘tool’ of the human inventor.

There are as yet no specific legal provisions addressing the notion of AI as an inventor, and most jurisdictions require the named inventor to be a natural person. Both the UKIPO and EPO recently rejected patent applications because the named inventor was an AI, despite acknowledging that the criteria for patentability were met. The USPTO followed suit, arguing that US patent law limits inventorship to natural persons. Such refusals are unlikely to be the end of the issue. As unsupervised learning algorithms become more complex and their use more widespread, cases where human oversight over the final output are not sufficient to meet the legal criteria of human inventorship will bring this point back to the forefront.

(0 comments)
In the Watch Series 4, Apple had incorporated patented feature 'Fall Detection' which once activated, can intuitively know when the owner has fallen down and may have faced serious injury.Now, the company is reportedly coming up with an advanced fall detection sensor for the Watch and has filed a continuation patent at the United States Patent and Trademark Office (USPTO). (Read more at Deccan Herald)
BIZARRE APPLE PATENT DESCRIBES SELF-AWARE AIRPODS

(0 comments)
Not in a “this is how the AI revolution starts” way, mind you. At least, we don’t think so. Rather, as Business Insider reports, the tech would give AirPods — technically the patent mentions a “wearable audio device” but, come on, let’s be real, it’s AirPods — the ability to automatically adjust volume and audio balance based on where you are and what you’re doing. The system would try to figure out what you’re up to based on your location and the noises around you and adjust audio accordingly, BI reports. (Read more at Futurism)
New Chinese Patent Law Draft Amendment

Lithium Australia (ASX: LIT) has received a clear international preliminary report on the patentability of processes described in its application for the recovery of lithium phosphate from lithium-bearing solutions. The company announced this morning that the international patent examiner has indicated all the claims in its application are “novel, involve an inventive step and are applicable to industry”.

Lithium Australia is working with the Australian Nuclear Science & Technology Organisation (ANSTO) on revolutionary technologies – such as the proprietary SiLeach® and LieNA® processes – to optimise the recovery of lithium phosphate from a range of lithium-bearing solutions. The lithium phosphate is then refined to the standard required for the production of lithium-ferro phosphate (LFP) lithium-ion batteries (LIB). LFP LIBs – which are enjoying renewed popularity in China – have become the battery of choice for the Tesla Model 3 marketed to the region’s consumers.

(0 comments)
Apple said Tuesday it plans to appeal a decision by a Texas federal jury that said the tech giant should pay a group of telecom companies more than $506 million for willfully infringing patents covering 4G LTE technology, in one of the few in-person jury trials to take place since the Covid-19 pandemic shuttered courtrooms nationwide. (Read more at Forbes)
Fact check: Pirbright Institute does not have patent for a COVID-19 vaccine

Posts on social media make the false claim that the Pirbright Institute, a British research institute dedicated to the study of infectious diseases of farm animals which has ties to the Bill & Melinda Gates Foundation, holds a patent for a vaccine against COVID-19.