BMW has been down the road of roofed bikes before. The C1 scooter, made for just two years between 2000 and 2002, proved a sales flop despite its claim of offering car-style safety. But 20 years on, the firm is getting ready to dive back into the same arena with a completely rethought version of the “enclosed” concept that—most importantly—can be converted back into a “normal” bike by undoing just a few bolts. “Normal” is relative, of course. The BMW idea—which has been the basis of an astounding 15 patent applications in the last month alone—is an electric machine that appears to be based on the chassis, batteries, and transmission of the C Evolution scooter. (Read more at CycleWorld) 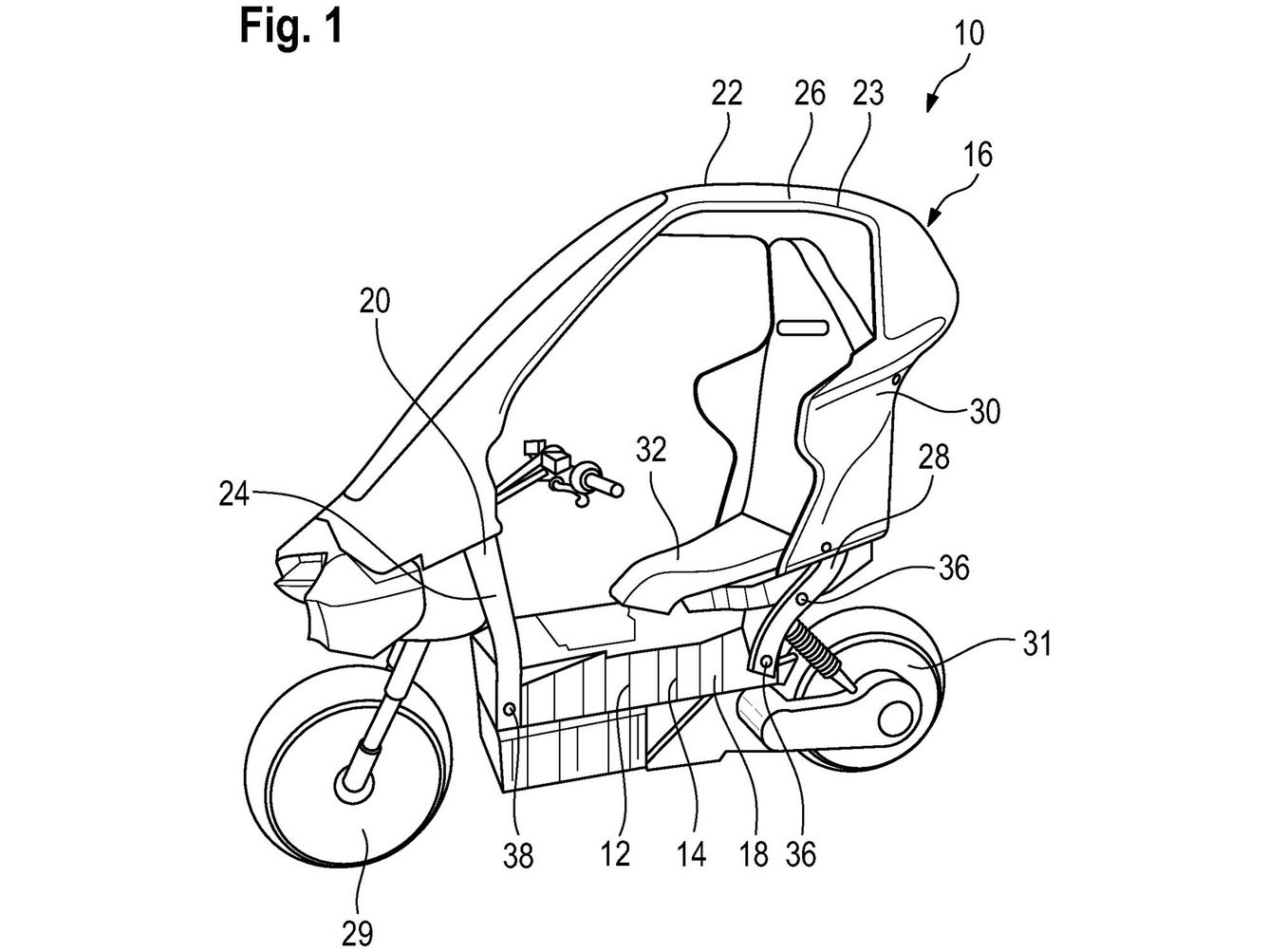